On This Day in Rock History:

On Jan. 9, 1997, David Bowie performed his 50th Birthday Bash concert at Madison Square Garden in New York with guests: Frank Black, Sonic Youth, Robert Smith of The Cure, The Foo Fighters, Lou Reed, and Billy Corgan, and Placebo. Proceeds from the concert went to the Save The Children fund. It was held the day after his birthday.

On Jan. 9, 1992, Sting makes a guest appearance on the Fox animated TV comedy series “The Simpsons,” in the episode “Radio Bart.”

While making the rounds to promote the new Queen in 3-D book, Brian May made some interesting comments about the collaboration between the band and David Bowie for “Under Pressure”.

May told  Mojo (via Radio X) that the studio sessions in 1981 produced more material than just “Under Pressure”.

“It wasn’t easy …,” he said. “(We were) all precocious boys.”. He also called Bowie as particularly “forceful,” saying Bowie and Queen singer Freddie Mercury “locked horns, without a doubt.” Regardless of the butting of heads, May recalls the sessions as wonderful.

“Those are the things that happen in a studio,” said May. That’s when the sparks fly and that’s why it turned out so great. “[They locked horns] in subtle ways, like who would arrive last at the studio. So it was sort of wonderful and terrible. But in my mind, I remember the wonderful now, more than the terrible.”

Near the end of the discussion on Bowie and Queen, May teased the idea of putting out more from their collaboration. “Not all of what we did in those sessions has ever come to light,” he added. “So there’s a thought … ”

Spongebob Squarepants premiered on Nickelodeon in 1999 and has been one of the most successful cartoons ever. Now, Spongebob and his friends are about to make a splash on Broadway.

The Spongebob Musical will open on Broadway, December 4th, at the Palace Theatre and will be composed of original music by some music’s biggest acts. David Bowie and Brian Eno have contributed “No Control,” before Bowie’s passing, while Steven Tyler and Joe Perry of Aerosmith wrote “Bikini Bottom Boogie”.

Other acts contributing to the musical are Sara Bareilles, Lady Antebellum, Alex Ebert of Edward Sharpe & The Magnetic Zeros, The Flaming Lips, John Legend, Panic! At The Disco, Cyndi Lauper, Plain White T’s, They Might Be Giants, and T.I.

Tickets will be going on sale to the general public on June 26th.

On this day in 1972, David Bowie released his fifth studio album, Rise & Fall of Ziggy Stardust. The album is a concept album telling the story of a fictional rock star named Ziggy Stardust, who is a  messenger for extraterrestrial beings.

The record received critical acclaim and has been consistently considered one of the greatest albums of all time, with Rolling Stone magazine ranking it the 35th greatest ever.

In 1972, the album hit #75 on the US Billboard 200 and would be Certified Gold by the RIAA. In 2016, following Bowie’s death, Rise & Fall of Ziggy Stardust returned to the chart, peaking at #21, and sold an estimated 7.5 million units worldwide. Those sales made the album Bowie’s second-best-selling album.

On this day in 1974, David Bowie released Diamond Dogs. The record was his eighth studio album and featured Bowie’s new character, Halloween Jack. Halloween Jack was released to the world after the “retirement” of Ziggy Stardust in 1973.

Bowie described Diamond Dogs as “a very political album. My protest … more me than anything I’ve done previously”. The album is seen as Bowie’s “Swan Song” to Glam Rock. The album peaked at #5 on the US Billboard 200 chart.

On this day in 1973, David Bowie released his sixth studio album, Aladdin Sane. The name of the album is a pun on “A Lad Insane”.

The album was Bowie’s follow-up to his breakthrough The Rise and Fall of Ziggy Stardust and the Spiders from Mars. Aladdin Sane included two hit singles “The Jean Genie” and “Drive-In Saturday”.

The condo in which David Bowie and his wife, Iman, used to call home has hit the market. The three-bedroom, two-and-a-half-bath NYC apartment is in the legendary Essex House building. It is currently listed at $6.5 million.

The couple lived in the apartment beginning in 1992 and lived there for a decade, before selling in 2002. If Bowie owning the place isn’t enough for die-hard fans looking to buy a piece of music history, anchoring the estates living room is a Yamaha Piano that Bowie left behind.

Pictures of the estate were posted on social media by Karl Fletcher. You can check them out below: 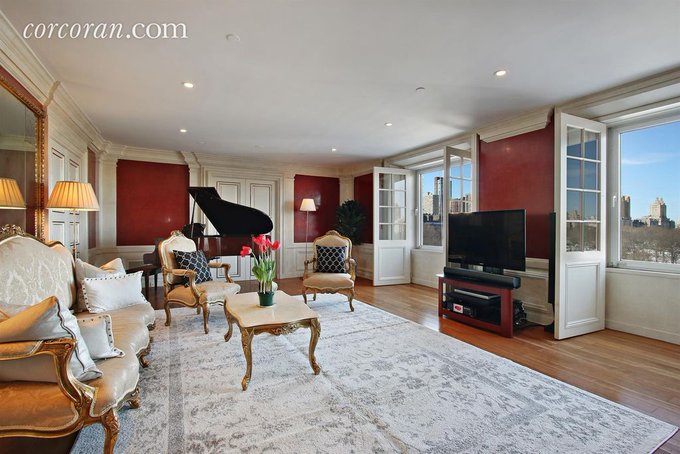 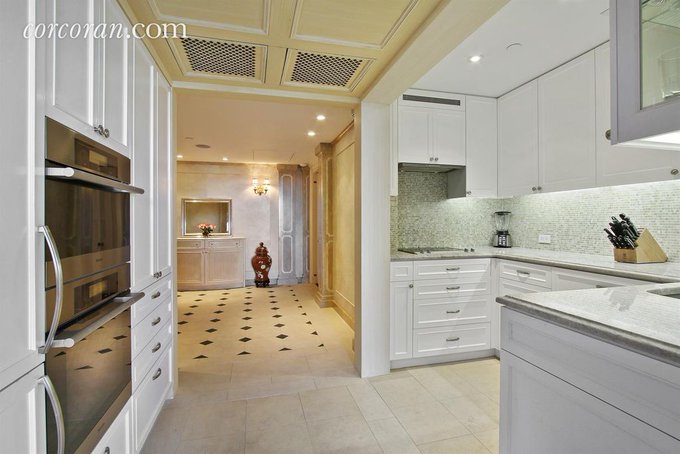 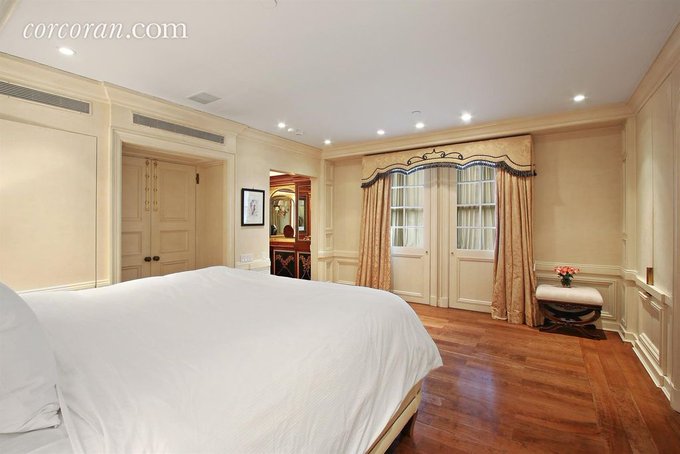 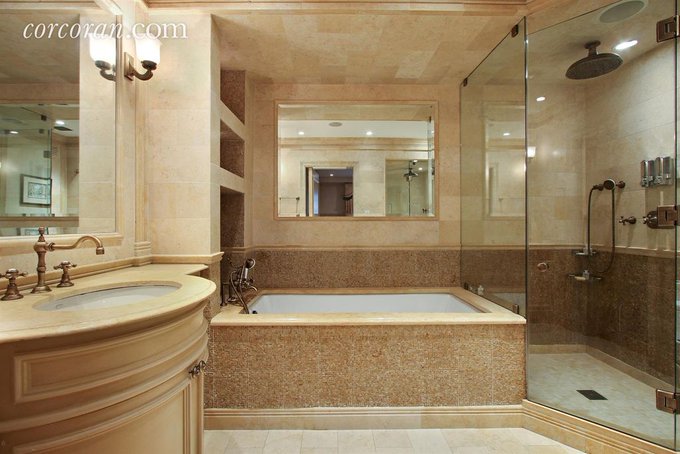 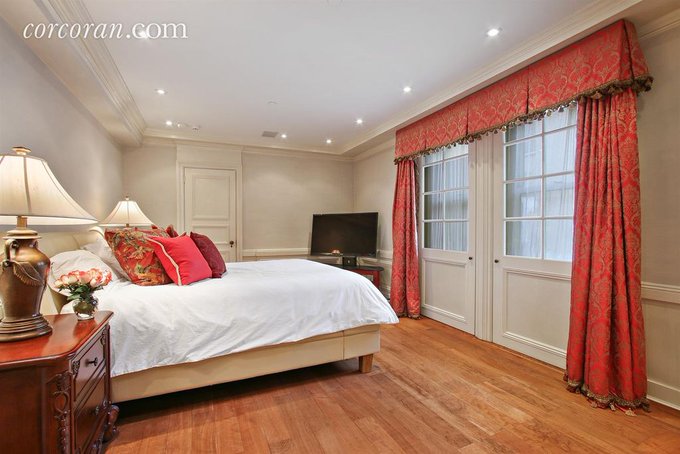 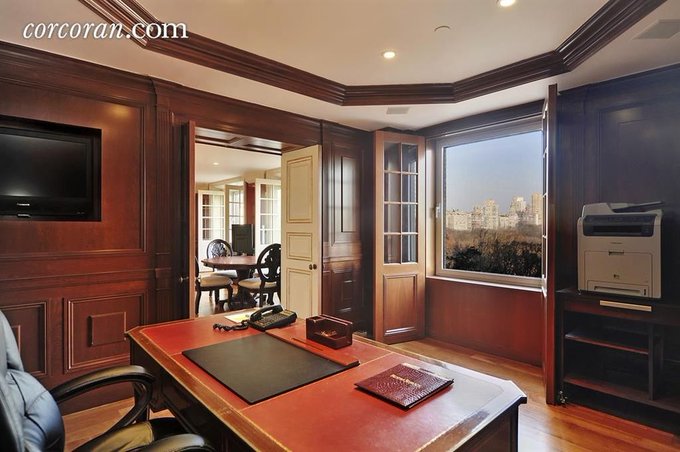 The late David Bowie’s website announced this week that two collections of rare or unreleased music, a 74′ concert and an EP from 71′ will be released on Record Store Day (April 22nd).

The live album, Cracked Actor (Live in Los Angeles ’74), was recorded at the Universal Amphitheatre during his Diamond Dogs Tour. The show came after Bowie fired the Spiders From Mars and replaced them with studio musicians.

Bowpromo contains alternate mixes of seven songs recorded during the sessions for Hunky Dory, five of which wound up on the album. It was a split EP, containing five tracks by Dana Gillespie, who was also signed to the Gem Group, a company formed by Bowie’s manager Tony Defries. On this, the first commercial release, Gillespie’s songs have been removed and the package adds five Bowie prints and new liner notes.

On this day in 1975, David Bowie released his Young Americans album.  It was Bowie’s ninth studio album and produced his first number-one hit “Fame”.

The album was a departure from his iconic glam rock style of previous albums, and Bowie instead showcased his interest in African American soul and R&B music.

The album was Certified Gold by the RIAA.

A crowdfunding campaign has launched and if you’re a David Bowie fan, you might want to join in.

BBC reports that the “ZiggyZag” would be across the street from the town’s public transit station, making it “likely… the first thing visitors to Brixton would see when completed.” The project comes courtesy of This Ain’t Rock ‘n’ Roll, the same group previously responsible for the “Brixton Pound,” Bowie-emblazoned currency developed to support local businesses.

“This is a wonderful opportunity for the international David Bowie community to come together to deliver a heartfelt thank you,” This Ain’t Rock ‘n’ Roll’s Charlie Whitehouse says. “A thank you to a man who changed our lives – and changed the world. A thank you not from government, nor from industry, but from us. The people. The fans. Us ordinary weirdos who were never quite the same again after meeting the Thin White Duke.”

The campaign has gotten off to a quick start, but the tab for the memorial won’t be cheap — the organizers are hoping to round up roughly $1.2 million over the course of a month, which might be a little more than “bold and ambitious.” Still, if the plan does come together, it’ll pay a suitably striking tribute to a one-of-a-kind artist. To help chip in for the ZiggyZag, visit the campaign’s crowdfunding page.