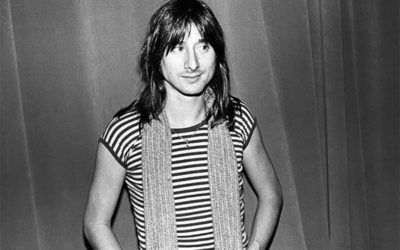 Get your DVR’s set Journey fans.

Though Steve Perry has been relatively quiet when it comes to Journey’s induction into the Rock and Roll Hall of Fame on April 7th, former bandmate Jonathan Cain says that Perry will be there.

During and interview with the Dayton Daily News, Cain revealed one of the reasons he is looking forward to the ceremony is to catch up with Perry.
“The ceremony is the first time we’re going to get to see Steve Perry in a long time,” said Cain. “So that’ll be fun.”

With the news coming out, people will expect a reunion, even if it’s just for the night. Cain, however, does not see that happening.

“As far as we know, he’s just going to accept the award and then skedaddle,” he added. “That’s all I know, unless something changes.”
Current Journey singer Arnel Pineda will be on hand to “represent very well, like he always does”, according to the Journey Keyboardist.
“Arnel has been consistently on the road for 10 years now,” pointed out Cain. “I don’t think any singer in the band has stayed on the road as long as Arnel has. When we think back to the Steve Perry days, he wasn’t in the band for 10 years straight, faithfully being the road singer.”